The Romanesque church of Pienza

Toscana is one of the most visited regions by tourists, yet there is always something new to discover! However, it is necessary to be willing to venture on the “white roads”, the typical streets covered with pebbles, also called “brecciate”. After hundreds of meters of wake, a fine powder like talcum that enters everywhere and the car that seems to come from an African safari…you will find real treasures!

We are in the south of the province of Siena, between rounded hills planted partly with wheat, partly with vineyards. A stop in the town of Pienza, in my opinion one of the most beautiful villages in Italy, allows you to see the typical architecture of the Tuscan Renaissance: the Palazzo Comunale, Palazzo Piccolomini and the Duomo. Now, if you follow me along the road that from Pienza goes out towards Monticchiello, you will find, on the right, the road that leads to the Pieve di Corzignano. This small rural church, in Romanesque style (XIII century) is rich in decorations with mythological, pre-Christian and pagan symbolisms. It affects for example the mullioned window, whose column is a caryatid: a naive female figure with prosperous breasts. A clear pagan symbol of fertility! But, where have we already seen this mullioned window ??

Of course! We have already noticed it on the label of the wine from CAPITONI cellar! Follow me, let’s visit this winery. Another 3 kilometers of brecciated road and we arrive at Marco Capitoni’s winery, which will offer you a vertical tasting of his Orcia D.o.c. Reserve. Three years in comparison, and the difference between each vintage is clear! While Marco, the owner, tells us about his love for his land, we keep asking ourselves why he chose the pagan figure of the Corsignano parish for his labels. The non-inhibitory effect of alcohol allows us to ask him. He replies: “That woman who holds the bows is full of many meanings, linked to the ancient cults of the earth. It is a symbol of fruitfulness, of abundant production of the fruits of the earth, such as wheat, olives and grapes that grow on these lands nearby the Pieve”. A symbol millennia old, still alive on the label of a great contemporary producer. 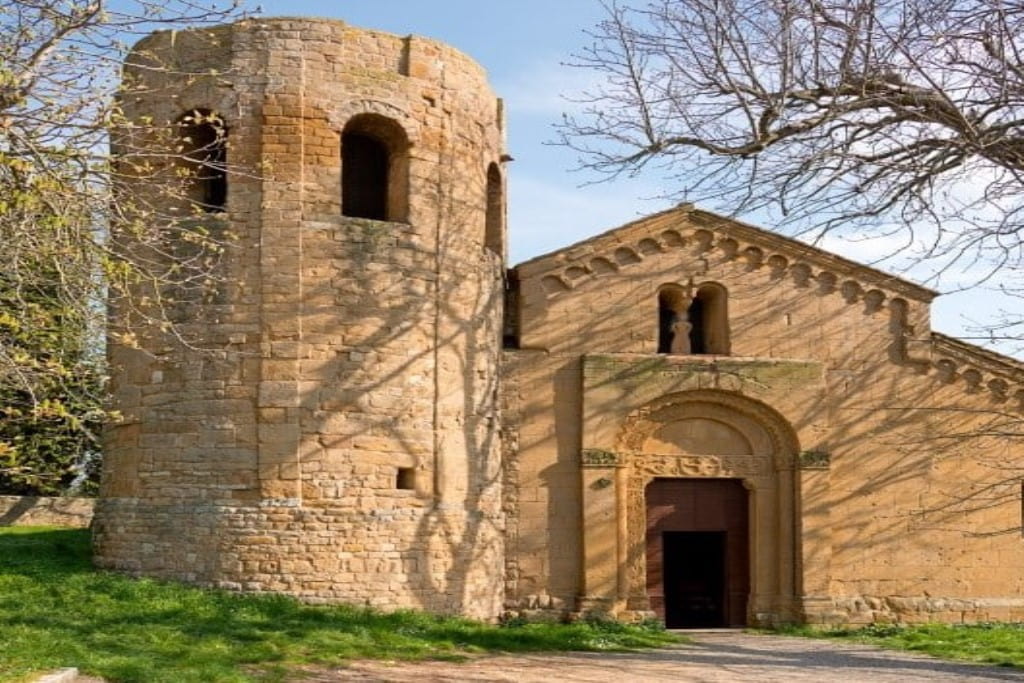 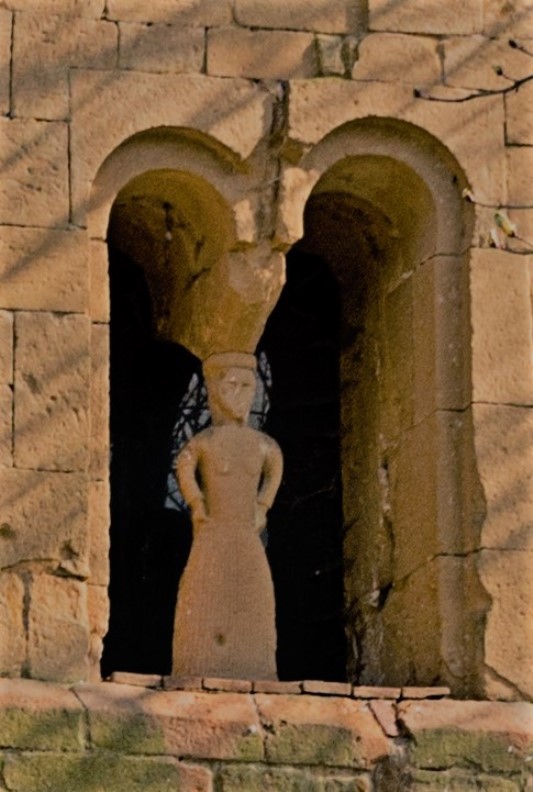 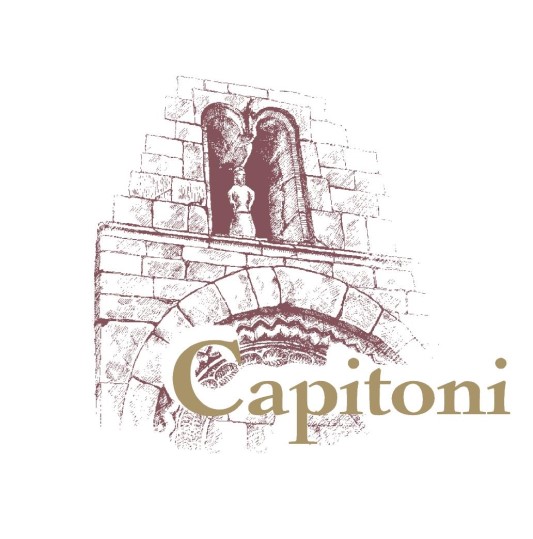 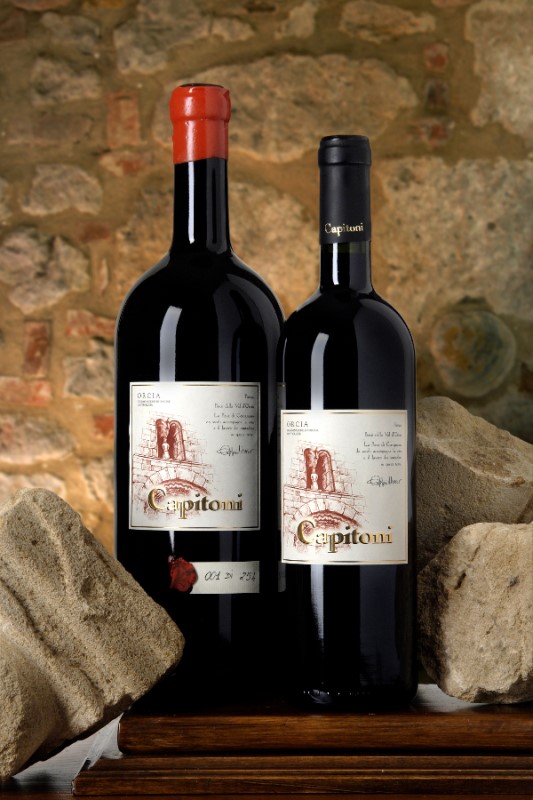 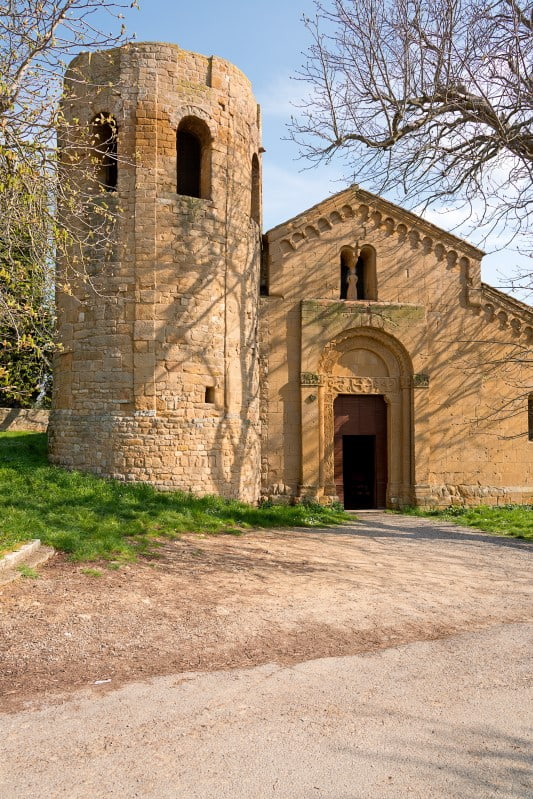 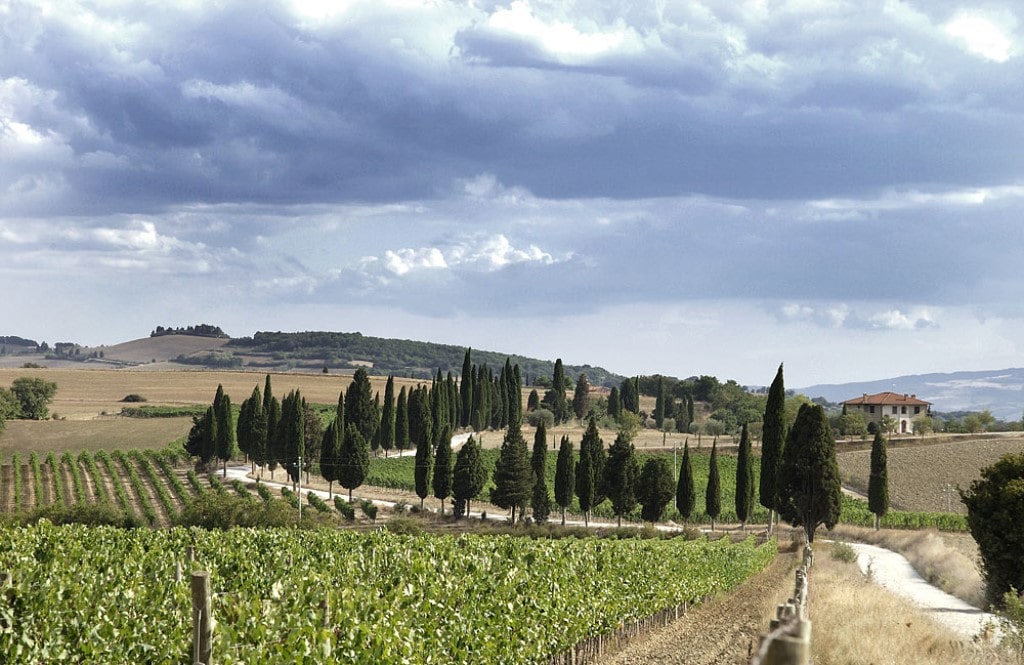